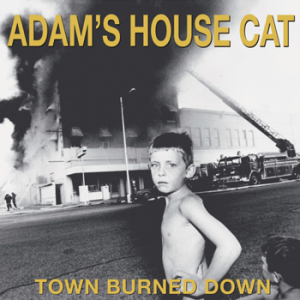 Town Burned Down is the long lost proto Drive-By Truckers album featuring Patterson Hood and Mike Cooley. This was recorded in 1990. As a reminder, that’s before Nirvana’s Nevermind. The Adam’s House Cat album has sat unreleased until last week. The album has a sound informed by The Replacements, The Rolling Stones, and some R.E.M. (maybe a touch of early Clash) and was definitely ahead of its time. Hard to imagine if this album hadn’t been shelved that Patterson and Cooley wouldn’t be even more central to the Alt-Country genre. One they’d eventually become such a central part.

Instead, Uncle Tupelo, for many, have become the first chapter to that scene. No Depression, a music magazine that specializes in covering the genre was named after Uncle Tupelo’s first album, which was also released in 1990. So Town Burned Down is more than scrappy demos, but rather proof of an alternate music history that could have been, but wasn’t. But how does it sound? END_OF_DOCUMENT_TOKEN_TO_BE_REPLACED

Ryley Walker is an amazing guitarist. Few dispute that. However, some may not realize how quirky his sensibilities are. The Walker album that I’m most familiar with is 2015’s Primrose Green. I’m a sucker for almost anything with a neo-psychedelia vibe. As many have noted, the spirit of Tim Buckley is rich on the album, and if you haven’t heard it, Primrose Green is very much worth your time. It’s ambitious, elegant, cerebral, literate, and sophisticated.

However, unknown to me until today, Walker has an even more quirky side. His first two releases were cassette tape only American Primitive recordings. The first of which was a bit of an ode to John Fahey. A guitarist to whom Walker is often compared. He followed the cassettes up with a vinyl only release with three tracks. The cassettes came out in 2011, the vinyl in 2013. Which brings us to the subject of today’s release.

END_OF_DOCUMENT_TOKEN_TO_BE_REPLACED

There’s a lot of anxiety in the air today, as we await the results of a meeting between Donald Trump and Deputy Attorney General Rod Rosenstein. Rosenstein is overseeing the probe into Russian/Trump campaign collusion and obstruction of justice, so many are speculating on where the probe goes if Rosenstein exits.

A few days ago, Open Mike Eagle, a Los Angeles based, underground rap artist who’s known for his comedic touch, released “Relatable (peak OME).” Which he described to Grungecake.com as: END_OF_DOCUMENT_TOKEN_TO_BE_REPLACED

Kairos is an indie rock band from Nuneaton, England. A small town in the north of less than 100,000. The city is known by locals as “Sunny Nunny,” according to Wikipedia, but there’s little that’s overtly “sunny” about “Rebuild.” The track is, however, a peaceful, enjoyable listen. “She’s just a piece of what she used to be,” a song that references Kairos’ idyllic hometown’s locale, where castles in the sand and rebuilding queens are mentioned.

The track starts with arpeggios on an electric guitar with what sounds like a chorus effect. The drums come in to provide a snare-driven march that’s smooth, not jerky. As the song unfolds, Kairos resists any temptation to build the track into a power ballad. The vocals throughout remain wistful with hints of regret. A narrator who may be looking back on a regretful episode with the wizened suggestions that only a few years can add. END_OF_DOCUMENT_TOKEN_TO_BE_REPLACED 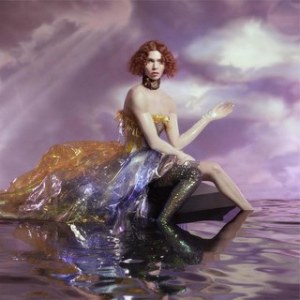 After my short post about slayyyter’s “Platform Shoes,” there was a suggestion that the track was a mere imitation of SOPHIE’s music. Since this album was already on my radar for a review, I decided to go ahead and give it a listen.

Sophie Xeon is originally from Scotland before moving to London. The UK inspiration is strong in her music. There is an unmistakable grime in the Oil’s darkness. The London underground dance scene is prevalent in the glitchy noise of her production. She seems equally comfortable exploring the avant-garde or pop, and I mean equally, as in from moment to moment, on some tracks. END_OF_DOCUMENT_TOKEN_TO_BE_REPLACED

Aaron Lee Tasjan circulates in the Americana scene where far too many acts come across like they’re doing their best Waylon or Haggard impersonation–or Ryan Adams (or all three). A genre that gets much of its appeal by looking back to a time before the digital innovations of today took away some perceived purity in previous music.

Of course, the Americana music is not unique in creating a genre out of nostalgia. Not even close. In fact, in many ways, Americana itself has roots in the Alt-Country acts of the mid-to-late 1990s. There was also the garage revival acts of the 2000s. The 1980s are being mined by seemingly everyone these days. Disco has also been reinvented. The grunge movement of the 1990s was obsessed with the hard rock acts of the 1970s. The punks of the 1970s thought their prog-rock peers were missing the point. END_OF_DOCUMENT_TOKEN_TO_BE_REPLACED

A few hours ago, a pop artist previously unknown to me, slayyyter, released a new track called “Platform Shoes.” The release has lit up my Twitter feed. Since I had never heard of her, I initially overlooked the numerous retweets and comments. Eventually, the buzz was enough to warrant a play. I’m glad I did, you should to:

As I was preparing to write my thoughts on the song, I did a Google search for “slayyyter,” but could find nothing beyond her Twitter profile, which says simply, “im a bitch!” and her Soundcloud. On her Soundcloud, there’s a producing credit for Boy Sim. A quick Google search led me to a Facebook profile, which had no info beyond some pics and a link to his Soundcloud. Oh well, I determined this is the most indie pop imaginable. Which is partly the reason I decided to write about this song. END_OF_DOCUMENT_TOKEN_TO_BE_REPLACED 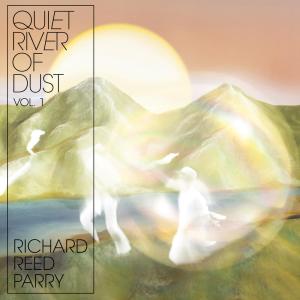 Richard Reed Parry is an extraordinarily gifted musician. His main gig is with Arcade Fire, but he has collaborated with a who’s who of indie acts of the last decade: The National, Sufjan Stevens, The Unicorns, and Islands. On this release, he invited Peter Gabriel, members of Yes, Jim O’Rourke, and The Flaming Lips. I like all of these groups, so I was very interested in what this album would have to offer.

Quiet River of Dust, Vol. 1 doesn’t disappoint, not even close. The results of the collaboration is a complex, atmospheric soundscape with enough melody to tie it into something not quite ambient, not quite pop (indie or otherwise). This is a bold release designed mostly for listeners who have heard it all.  END_OF_DOCUMENT_TOKEN_TO_BE_REPLACED 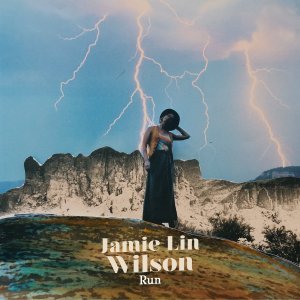 On August 24, 2018, Jamie Lin Wilson released a second track to promote an upcoming debut LP, Jumping Over Rocks, due out on October 28th.

The track is solid throughout. She begins with a fantastic false start intro where her band establishes the country-shuffle groove of the song, then quickly ducks out and lets Wilson’s voice shine for the first verse. END_OF_DOCUMENT_TOKEN_TO_BE_REPLACED

Ruston Kelly released his debut album, “Dying Star,” on September 7th, 2018. Many who follow the country music scene may recognize his name as the husband of Kacey Musgraves, but marrying Musgraves is not where Kelly’s music career began. He began as a songwriter, landing a publishing deal with BMG Nashville in 2013 and penning “Nashville Without You” for Tim McGraw. Last year he released an EPcalled “Halloween.”

“Dying Star” opens with “Cover My Tracks,” a mid-tempo song with a minor key chorus that wouldn’t have been completely out of place on Counting Crows’ August and Everything After. In other words, delivered with a vibe that’s accessible, but bittersweet. In the second track, “Mockingbird,” Kelly delivers a song more comfortably within the Americana wheelhouse with a Ryan Adams inspired vocal timbre, sang from the throat. With some nice acoustic guitar finger picked flourishes to open and close.

That’s when my favorite song on “Dying Star” comes in. END_OF_DOCUMENT_TOKEN_TO_BE_REPLACED